I am a great fan of folk, roots and acoustic music.

I attend several folk festivals each year, generally as a steward.

As a result of listening to this music, I started teaching myself the guitar using various web-based sources.

This page contains information and links to various folk and guitar resources. 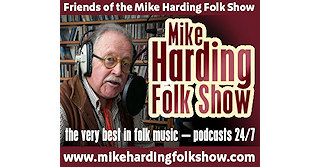 Listening to Mike Harding's show on Radio 2 was largely responsible for getting me involved with folk music and festivals. He was dropped from Radio 2 (boo!) but went on to produce a weekly podcast featuring "the very best in folk, roots and acoustic music". Well worth a listen!

An archive of past broadcasts of the Mike Harding Folk Show are available from his site as well as lots of other folk related information.

Here are some sites that I have found very useful while learning the guitar.

This guy is an Australian living in London, UK. He has a massive number of free guitar lessons available at https://www.justinguitar.com/ which got me started with the guitar. As a lecturer, I can recognise well structured lessons and courses and these certainly qualify!

Massive collection of song lyrics, chords and tabs at https://www.ultimate-guitar.com/. There are often multiple versions posted by different people. Ratings system generally seems quite good for locating the best version. Useful transposition tool to allow you to change the key easily. 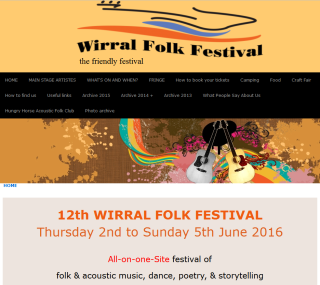 I have attended a few times now, stewarding for the first time last year. Will be there again this year. 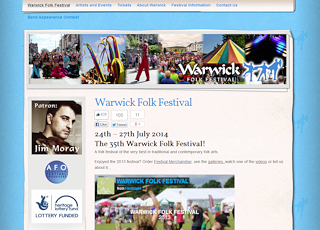 The Warwick Folk Festival takes place each year at the end of July. It's a terrific festival; friendly and well-organised!

I have attended a few times now, stewarding twice and again this year! 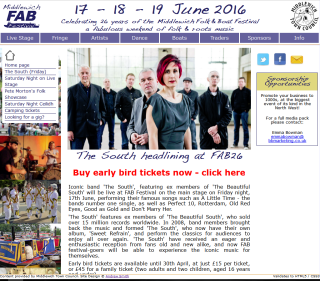 The Middlewich FAB (Folk And Boat) Festival takes place in June and combines my twin loves of folk music and canals! 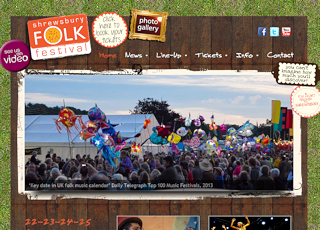 The Shrewsbury Folk Festival takes place each year at the end of August and is one of the top folk festivals in the UK.

I have been a steward at the Festival many times mainly as part of the team who manage the entrances to the festival site.